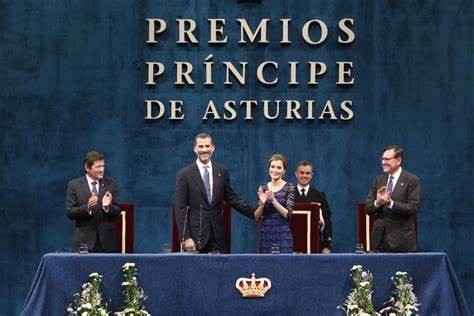 Below is a summary of the latest thesis by Ing Ivan Nava, which has been nominated for the Austurian Nobel Prize for its advances in negotiating models using mathematical matrix calculation and the modeling of brain maps with intelligence decision making technology focused on telecommunication companies.

In his thesis Nava expresses “… Unfortunately, despite living surrounded by conflict, we do not understand their nature well and therefore our way of acting in conflict situations does not allow us to resolve them effectively. Business is one of the strategies available to address the conflict, however it is difficult to determine final rules and exact models that ensure the success of a negotiation. In this sense, our work is specifically geared towards the interconnexion negotiation. However, negotiation is a process, and the negotiator’s purpose is to learn how to control it to reach its objectives…”

“… Seeking the best negotiating practices to be competitive is one of the keys to success, from there the need to adapt existing models under the perspective of asymmetric information to the negotiations applied within the ambition of the business sectors, as well as for government institutions, and information technology…”

“… 90% of the success of a negotiation is related to its preparation. Effective planning is one of the critical factors in properly channeling the objectives sought through the negotiation, otherwise the results achieved will occur more by chance than by the very effort of the negotiating team. This leads us to concatenate a planning strategy under modeling schemes and dynamic management flows….”

This model does NOT only apply to the ambition of telecommunications, it also applies to government negotiation processes and trade cameras to improve management indices and generate new revenue the way attracting new domestic and/or international investors.

From this principle and under the auspices of the 2001 Nobel Economic Prizes, the Ign Nava translated and simplified the complicated calculation of integrals in process so simple to a matrix of the three (3) dimensions.

The work of Ing Nava outlines market realities not previously studied from mathematical perspectives so we dare to ensure “that these theories are taken there as the basis of the subject presented, adapting them even market not analyzed even by researchers, at the business level of technology, considering that the results of the Nobel Prize are totally valid and applicable in the schemes of technology industries that are affected by different variables; market, environment, economic, political, social, technological, profile and professional experience of its workers as well as its business partners”.

“…Based on the results obtained, it is ideal for each party to seek alternative mechanisms that improve the results produced by the model before and during the negotiation process, which would allow it to move to a higher level of certainty or even reach the optimal level through research techniques, which reduce the risk of mistaken if it decides to enter the negotiation , by basing your decision on real information that allows you to fill out those information gaps that ultimately what they do is generate greater asymmetry…”

The thesis presented by Ing Nava facilitates the resolution of complex negotiations as specifically as is required, not only in technology projects…”but also in decision-making processes of political environment as enactment of laws and their effects on the Society…”

The demands of a globalized economy and a rapidly changing and highly competitive environment require a process of adaptations to new realities. All this requires the incorporation of the best management practices supported by technological tools that support and accelerate internally the change.

“… Who, whom has more information? who knows how to develop the knowledge? who knows where to look? How to select the variables that interest you most? how to raise the interdependence of your variables and their permanence in time? how to make an adequate system of your mental models? And what kind of technological information tools do you use? It will have more positive elements that lead to the planting of integral models and relate truth with reality…”

It is always sought in a negotiation to obtain the best “deal” business on the part of the parties. The System developed by Ing. Nava indicates the possibilities existing at an instant of negotiation and allows to determine, for example, that at that time the negotiation is not the most favorable because the decision is taken based on the level of risk controlled. The System allows us to diagnose how we can win, if we continue for a win – losing We can manage to compensate by being a win – win.

With the methodology developed and typical of this thesis is sought the reduction of controlled irrigations, this allows to predict modeled situations that allow us under situations of environments to determine the best moment of negotiation and impact which contributes to maintaining sustainable business conditions. Being able to model scenarios with the system developed by the Ing Nava allows to reduce costs and risks in a negotiation.

We conclude with an important element that the implementation of the work developed by Ing. Nava”.. Minimize bias and reduce the degree of uncertainty achieving the best context decision and applied time”.